Get one coding question delivered to your inbox daily! Prepare for technical interviews with ease! 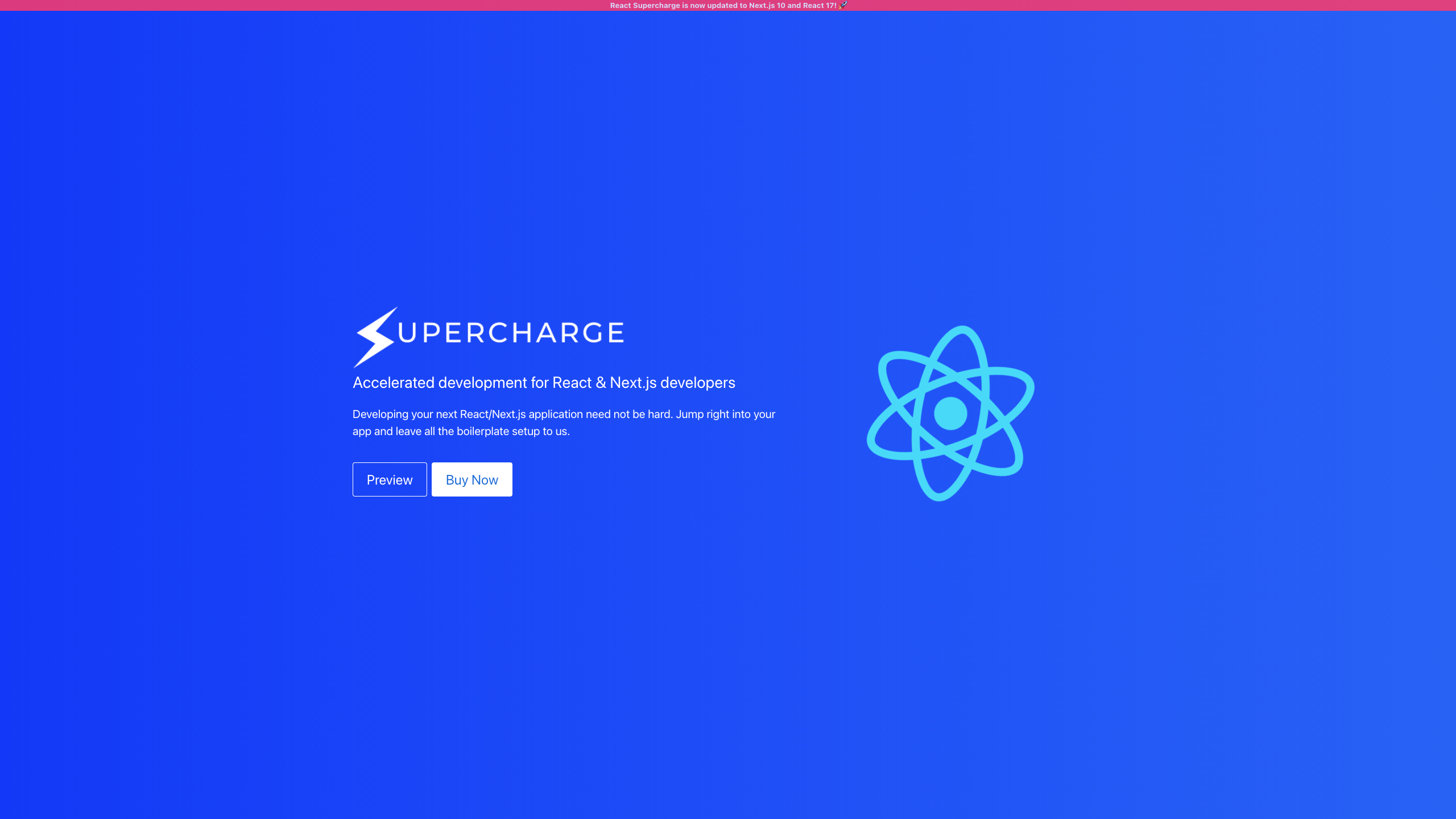 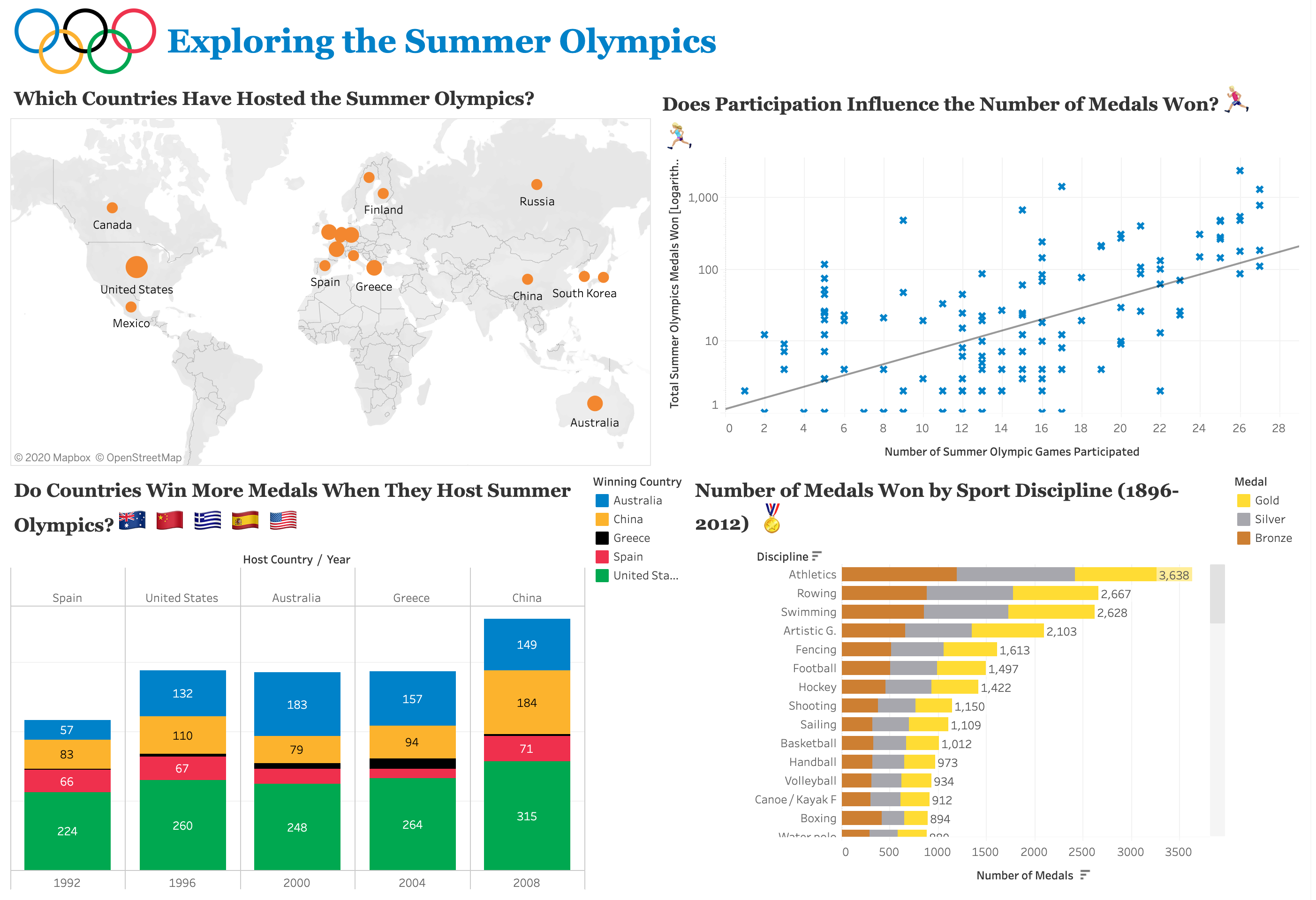 This is a data visualisation project, exploring the Summer Olympics. Check out the link for interesting insights! 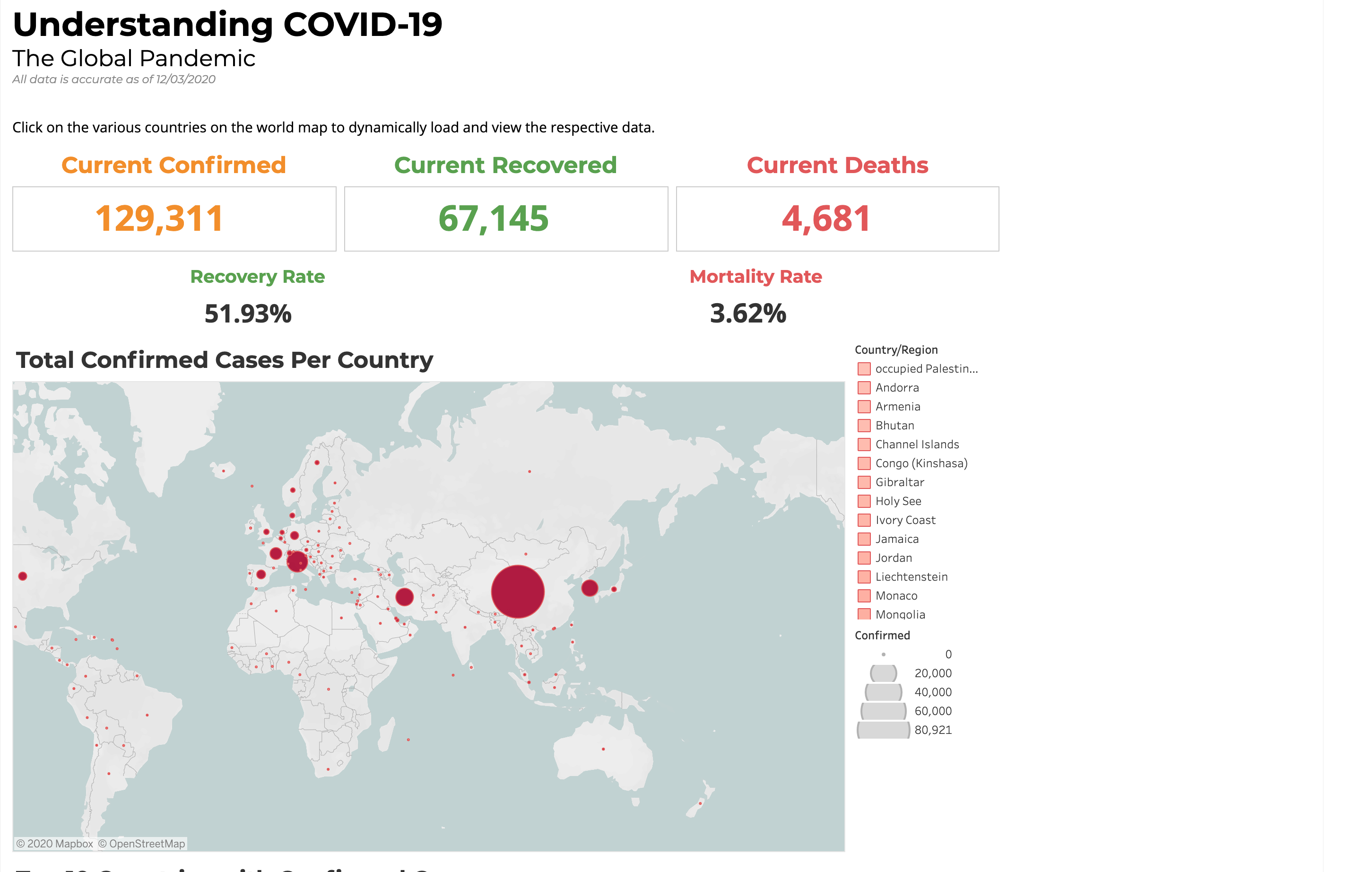 This is a data visualisation project, which aims to explore the trends in COVID-19 spread around the world. Devmark is a web app that allows you to write in markdown and save it to Evernote, right from the browser. 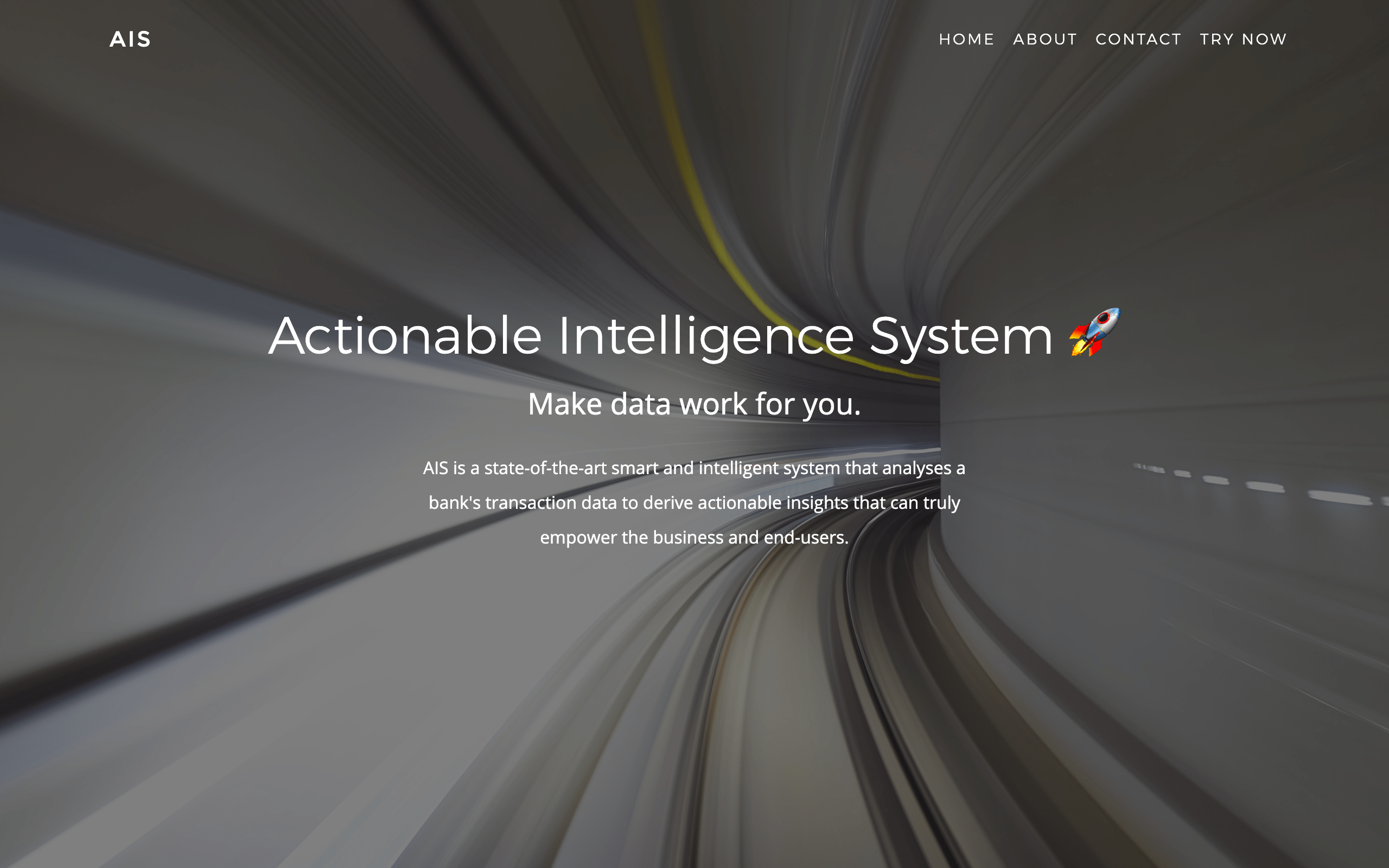 AIS is an Actionable Intelligence System that is targeted at banks to help them derive actionable insights from the humungous amounts of transaction data that flows through their servers. These features are three-fold: Personification, Contextual Notifications and Lifelong Companion. 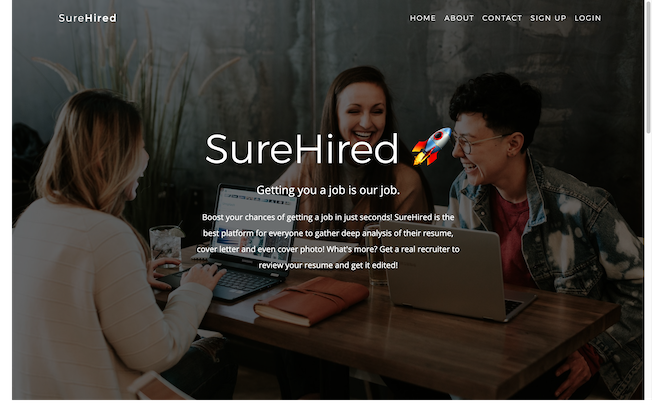 SureHired is a platform where job applicants can upload their resume, cover letter, cover photo and connect their social media to receive real-time analysis on how they fare as an applicant. Built in less than 24 hours of development time with purely cloud-based technologies such as AWS Rekognition, AWS Comprehend and hosted as a SaaS application. Built with Next.js and Express. A portfolio website for Rupalavanya, based on a classic black and white theme with parallax scroll effects. Publicly transparent smart contract system inspired by Ethereum. Allows players to play a cup-shuffling game where they make a guess of the winning cup. Built for CS4236, Cryptography Theory & Practice in NUS. (First Prize) Crowdsourced Fitness App Design. Singapore has the second highest proportion of diabetics among developed nations, according to a report in 2015 by the International Diabetes Federation (IDF). In this designathon, my team aimed to solve the problem of the lack of physical activity among working adults in Singapore, and at the same time motivate pre-diabetics to undertake an active lifestyle with ease. For our concept and design of a crowdsourced fitness app, we won the first prize in the designathon. (First Runner Up) NUS-MIT Datathon. In this datathon, our team addressed real clinical problems raised by participating physicians and nurses and generated solutions through analyzing de-identified real-world clinical data. I worked in a cross-disciplinary team and my team was mentored by experienced scientists from NUS, MIT and other collaborating institutes. For our achievement of bringing some conclusive results with the aid of machine learning and data analytics, my team was awarded the 1st Runner Up position in the datathon. My personal blog - I write about life and code in general. Friendezvous is a web application that allows users to easily create and schedule meeting in a group. Friendezvous helps eliminate the hassle that comes about when organising meetings in a huge group by collecting the free slots of the members and their preferred locations. Once this is done, Friendezvous allows the admin of the meeting to confirm a selected time and place and informs all participants automatically. FINI is a free and simple user-friendly software that aims to solve one of the most common dilemmas we face daily: Task Management. In the context of our modern world, we are often swarmed with many tasks and deadlines from work, activities with friends and events that we cannot afford to miss. In order to successfully complete every work assignment you have and be the life of the party at every event you attend, you need to manage your priorities effectively and efficiently. How is that possible you may ask? FINI is the answer. With FINI, you will be able to organize your tasks and accomplish them efficiently. That, is the very meaning of FINI, which translates to “finished” or “accomplished” in French. Prosper is what we call the Property Resale Price Forecaster. This application helps to predict your flat's resale value in the future! That's right! Plus, you also get a pro-analytics feature that allows users to know when should they sell their flat based on their expected annual growth rate of the flat price. Awarded Top 5 in Data Science Challenge 2016 hosted by Microsoft. Iridescent is a prototype of a educational application which motivates students to learn by showing them the future value of the education content they are studying. Created during NUS EdTech Challenge 2017. A group of financial calculators created for people to easily make calculations on their mortgage, ABSD, compound interest etc. Done as part of my internship with MoneySmart.sg A wedding website for my friends which provides details of the occassion, venue and allows users to RSVP. A CAP Calculator to help NUS students calculate theirs easily. (First Runner Up - Gamecraft 2014). This is a 2-player game created at Gamecraft 2014 (a 24 hour hackathon to create a working prototype of a game). ConTag is based on the theme of 'Contact' and is inspired from the popular Bomberman game. TwistedMaze was built in just 24 hours for a national game-hackathon, Gamecraft 2015. Twisted Maze is a game that would put you inside an ever-changing maze. Starting from the middle of a circular maze, you have to find your exit. However, here's the twist: The maze is not stationary. At certain intervals, the maze will rotate around the center. So here's the challenge: how fast can you escape? A simple clock with randomised motivational quotes - inspired by Momemtum for Chrome.

Singai Thamizhan was Founded in November 2013. It is a movement and a cause which aims to promote and foster cohesiveness and an authentic identity for the Singapore Tamilians. Our tagline: சிங்கை தமிழன் சிகரம் தொடுபவன்!